Laguna Churup is a great day hike from Huaraz, the trail head can be reached by public transport.  It’s within the national park so you will have the fees to pay but it still works out to be a cheap day out.  The Laguna itself is stunningly beautiful and if you pick a weekend for the hike you should have the place almost to yourself.  It makes a good preparation hike for the Santa Cruz Trek and even has some climbing involved if your feeling adventurous, although this can be bypassed.

How did we get to the Laguna Churup hike?

We were advised by our hostel, and most hostels in Huaraz have this information, to catch a collectivo at the corner Avenida Agustin Gamarra, just past where it intersects with Antonio Raymondi.  The collectivo will have Pitic on the front of it.  On the corner there is a ticket office where you can buy your ticket for the bus.  A round trip ticket per person is 20 PEN and the collectivo’s run regularly to the trailhead and back again however its best to make an early start as the last collectivo back is at 5pm and you don’t want to run the risk of there being no room on board.   The journey to the trail head takes only 45 mins and is a pleasant drive through the mountain paths and villages till you reach the path for the hike.

What to expect on the Laguna Churup Hike?

The hike to Laguna Churup was our second day hike from Huaraz so we had already started to get used to the thinner air.  Having said that, this one is a little harder than the first one we did and at a greater altitude so it would be tough.  The hike starts from the carpark where the bus drops you off  and climbs quite steeply on a very well made path at first.

As the path climbs you pass  two shelters that don’t actually give you much protection from the strong wind.  The path then flattens out as you reach the hut to pay the 30 PEN per person National park fees. It stays quite flat for a while before you reach a vertical step you need to negotiate with the aid of the fixed chain.  This part is not to difficult and we both made it up without any trouble.

The path from here gets less well made and a bit steeper as it climbs steadily upwards.  You will come to a sign which says alternate route and the path splits.  The alternate route bypasses the climb up the side of the waterfall by going round and over the view point.  I used this path to come back mainly because it was a more simple route to follow after visiting the mirador.

The main path continues to a flat area that has once been a campsite but is now derelict.  Lynne decided she had, had enough here as she wasn’t feeling well and I continued up the side of the waterfall alone.  Here the path gets steep and a little tricky with exposed areas that have been fitted with a series of chains and staples drilled into the rock to help you over the worst bits.  I got up without much problem although I think it would be a little tricky coming down that way.

Once past this obstacle you clamber over a series of large boulders to reach the laguna itself.  It’s very beautiful with great reflections of the mountain.  Unfortunately the glacier has receded to almost nothing but you can still see where it had been and imagine what it must of looked like before the thaw.

Again here you have a choice, you can go up to the view point and avoid the clamber down or you can return the same way.  I choose the view point route and met back up with Lynne who had started the decent.  Once back at the carpark its just a matter of finding the collective to take you back to Huaraz.

What to wear for the Laguna Churup Hike?

Like all hikes the weather can change dramatically at any point of the day and we had been told that these mountains were no different.  A beautiful sunny walk at ground level can turn into a fierce windswept blizzard the higher you hike.  Layers is always the best way to go and for this walk we needed our woollen hats and gloves as the wind was fierce.

We always hike in a good strong pair of walking boots with ankle support and Lynne likes to use a walking pole.  Lots of people now prefer trail shoes which I think you would also be ok in on this hike.  Don’t forget to carry enough water for the full hike and snacks to keep your energy up.  Just as important at altitude is sun cream and a good hat that covers your head and keeps your face in the shade.  The sun is much more powerful at this height and even though it may not seem hot you will burn, so be careful.

This is a great hike with amazing views and some interesting little scrambles to over come although if that’s not your thing that can easily be bypassed without any trouble.  This is another hike we found by public transport that you can do independently and without a tour company or guide.  If you’re on a budget and prefer to do things on your own this is a great alternative to some of the more touristed day hikes such as Laguna 69.

Booking resources for your visit to Huaraz 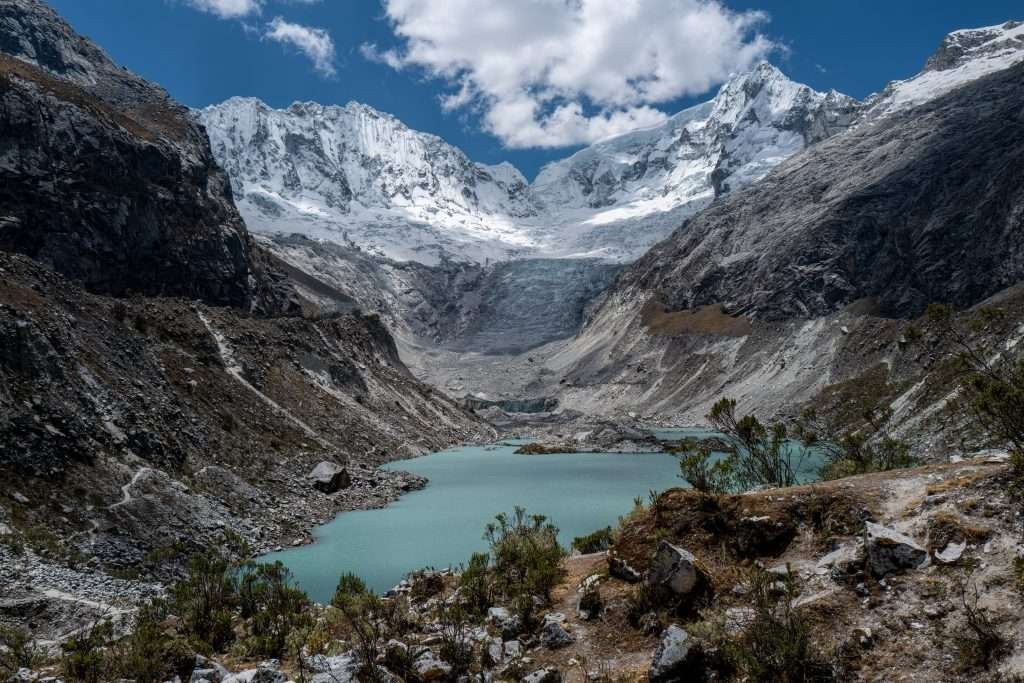 Laguna Llaca | Hike to this stunning glacial lake without a tour

Laguna Llaca is a beautiful hike, It’s a little more difficult to get to as there’s no public transport and no tours but this adds to the attraction 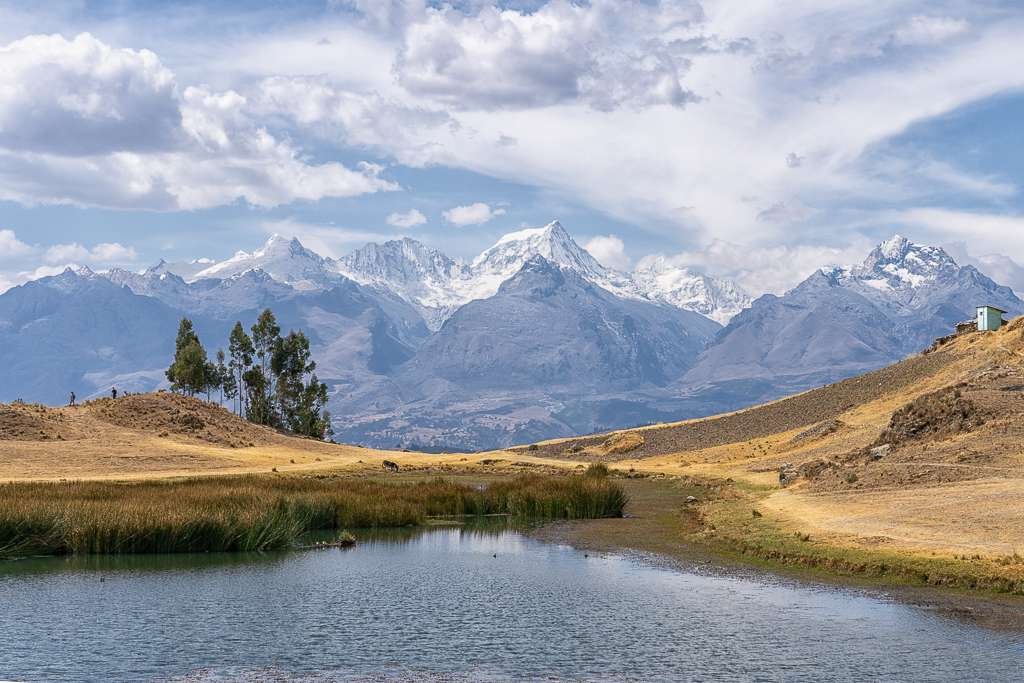 Laguna Wilcacocha | Our guide to the best acclimatisation Hike in Huaraz

Laguna Wilcacocha makes the perfect acclimatisation hike in Huaraz.  It’s not to high and not to difficult 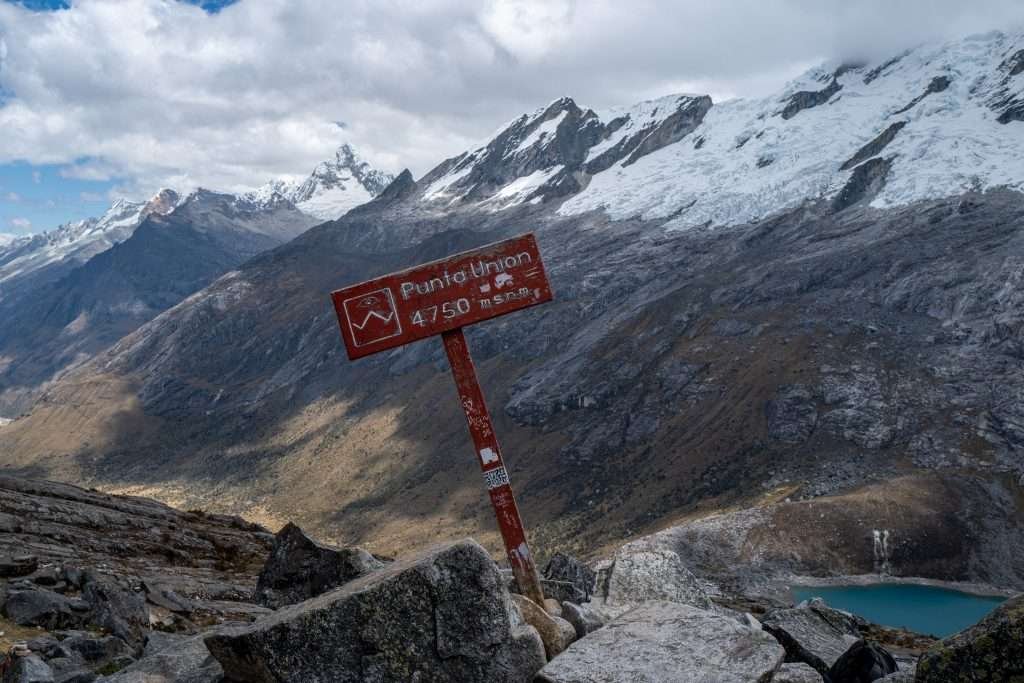 The Santa Cruz trek is one of the best multi day treks in Peru if not the world. With stunning views that take your breath away.

So dusty but great to be out on the bikes #Paraca

Love being by the coast. #Paracas #peru #coast #be