Experience Rugby in Rome with our handy travel guide

We had planned this weekend in Rome to attend the Six Nations Rugby tournament between Italy and Scotland and of course being in Rome and having a full weekend to play with we planned so much more.  Rome is a fantastic city and you can find out a bit more about what we got up to on our hand picked travel guide to Rome post.  For now though let’s concentrate on how to get to Rome for the rugby.

How did we get there?

We flew from Manchester to Rome and arrived quite early in the morning on the Friday so we had the best part of the day to play with.  You can check out flights to Rome on our travel resources page.

After arriving at the airport there’s a regular train service to get you from the airport right into Roma Termini the main train station in the city centre. Like most city centres with a metro we headed straight for that and Rome’s is pretty straightforward and all areas of the city and all the main attractions of Rome can be reached from the central station Roma Termini.   Getting tickets is easy from the machine or typically newsagents sell them from their stalls and you can buy however many you need for the day.

Things to know about attending the Rugby in Rome

This is the main and largest stadium in Rome, holding around 70,000 spectators and was used for the Olympics when they held them.  The Stadio Olimpico is just north of the city and is usually where all the main sportin events are held.  We usually visit Rome to see Italy v Scotland and every time we go its really exciting.

How did we get to the stadium?

When Scotland are in town then the easiest way to get to the stadium is to follow the kilts.  Thousands of Scottish fans in kilts, waving flags and singing makes for a great spectacle in the city.

Walking to the stadium is pretty easy as you just follow the river Tiber.  There is usually a gathering in Piazza Popolo and then the mass of fans walk from there.   Walking takes about 44 mins from the city and is around 3.5km.

Again from the Piazza Popolo you can take bus number 628 fromo the stop Passeggiata Ripetta to the stop De Bosis/Stadio Tennis which is right next to the stadium. The bus is every 20 mins and takes around 22mins and only costs a few € euros.

You can of course take a taxi but that is much more expensive and from the centre of town to the stadium it would cost you approx 30 – 40 € Euros and take about 6 – 8 mins depending on traffic.

What facilities are at the stadium?

The stadium facilities were good.  There were plenty of food and drink stands selling everything from sandwiches to hamburgers with plenty of bars dotted around the exterior of the stadium.  Inside there are bars on each level of the stands as well as vendors passing through the seats during the match.  The merchandise stands sell everything from shirts to keyring but they do sell out quick so if you want a souvenir then snap it up early.

There was a pipe band and a local Italian marching band to entertain and the atmosphere was electric.  The toilet situation its like most sporting stadiums, basic and getting busier as the match goes on.  Ladies are always busier than the gents for some reason but they were maintained regularly and fairly clean.

The game itself was fantastic and before we knew it we were making our way back to Rome with all the other supporters.

What we loved was no matter which team you were supporting everyone got on with everyone else and it was like a big friendly happy party. Being Scottish just hearing the sounds of a pipe band puts a big smile on my face and hearing them at the stadium just set the atmosphere.

This stadium is right next door to Stadio Olimpico and is well worth a wander round when you’re there.
Its an athletic stadium built in 1928 and is home to approximately 60 classical statues depicting sporting prowess and made from beautiful Italian marble.  Each statue was donated by a different Italian region and its a wonderful place to wander around.  Its free to enter but on sporting days is used by some of the sponsors for their activities.

Rugby does work up the appetite – here’s some food recommendations

The restaurant had appeared on a British television show Rome Unpacked which shows the presenters visiting and enjoying the carbonara. So we put it on our to-visit list.

The restaurant was small and we had to book and we booked to sit up at the bar and that was the best choice.  We could see the staff at work preparing starters and desserts and drinks and our meal was amazing.  So good we even bought their cookbook to add to our collection. We would definitely recommend this restaurant and when we’re back in Rome, we’d absolutely go back here.  Oh and just to note, we always make our carbonara this way, so delicious.

Second on our recommendation list is Hostaria I Clementini. This little traditional restaurant was right across from the Basilica and as it was close  we thought we’d dive in here and get a bite to eat. We were really surprised when the owner suggested we try the artichoke lasagna as it was their special of the day and it was delicious.

A little unassuming place with only five or six tables and a warm welcome so if you’re in the area then do pop in as you won’t be disappointed. The restaurant is really close to the colosseum and Basilica di San Clementi  so you’ve no excuse not to visit.

What can we say about Rome that hasn’t already been said only this really if you haven’t been you should go at least once and if you can fit a sporting event in then even better.  The city comes alive with visiting supporters and its an atmosphere that is electric.  The Italians love showing off their country and hospitality whether they’re on the winning or losing side. 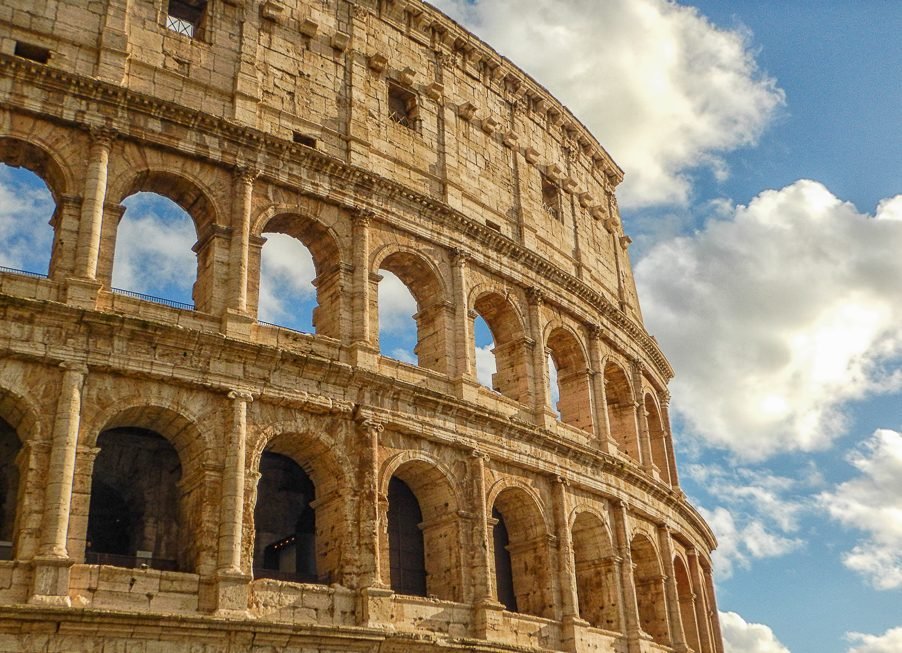 When in Rome…..what did we get up to?
Everyone knows the famous sites in Rome but let us give you our take on them. 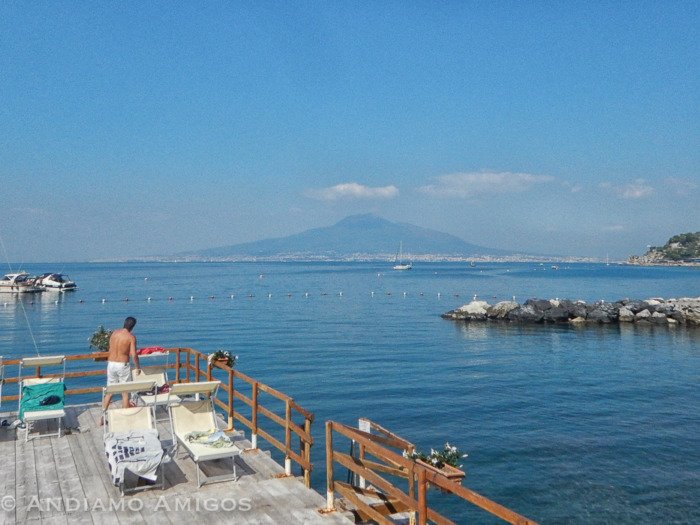 Vico Equense | A little gem on the bay of Naples

Vico Equense is part of the greater Bay of Naples metropolitan area and is a tourist destination. Located on a high cliff, it is down the coast from the city of Naples and the views over to Vesuvius across the Bay of Naples were beautiful. 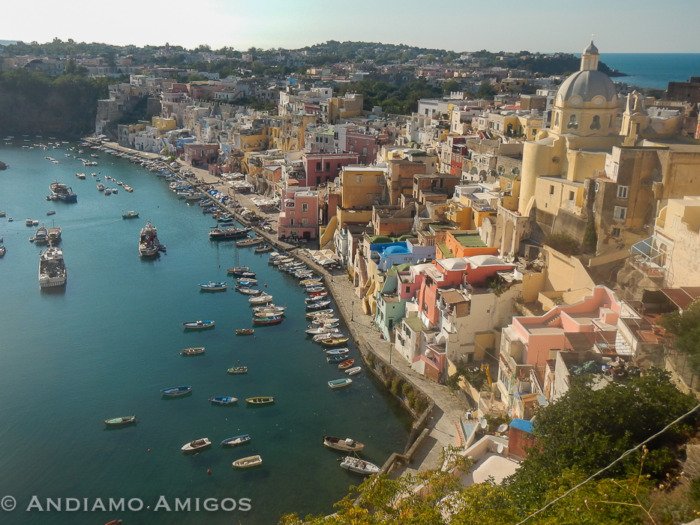 Its really easy to get to most of the islands in the Bay of Naples , Procida, Ischia and Capri