Colombo, Sri Lanka | How to spend one night only

Having just one night in Colombo, Sri Lanka before continuing our travels throughout the country and spending Christmas and New Year on the beach meant that there was only one thing on our agenda and that was food. So here’s a little insight to probably one of the most interesting restaurants we’ve been to on our travels. But first let me share with you the journey from Colombo airport into the city centre.

Having just one night in Colombo, Sri Lanka before continuing our travels throughout the country and spending Christmas and New Year on the beach meant that there was only one thing on our agenda and that was food. So here’s a little insight to probably one of the most interesting restaurants we’ve been to on our travels. But first let me share with you the journey from Colombo airport into the city centre.

How did we get to Sri Lanka

We travelled from Manchester, UK to Colombo on Emirates via Dubai.   The flight was good even though Emirates changed their aircraft spec the day before and for the first leg of our journey we didn’t have the seats we chose but that was minor, an adventure awaited. Check out flights Here

You’ve arrived in Colombo, now what

When we travel we like to make use of public transport as much as possible. The approx distance between Bandaranaike Airport and the city centre is approx 20 miles.  A variety of transport options are available to choose from costing anywhere between £0.50p and £25.00.

We chose he local bus. We had intended on getting the Express bus which many travellers choose but we ended up piling on a local bus which was one of the best experiences ever.

It had Colombo Airport – Fort on it so since that’s where we were going we were confident that this would be the one we needed and we weren’t wrong. Right outside the terminal building, what could have been easier !

The bus was jam packed and we had to leave our bags at the front of the bus in a space next to the driver and find a seat. It was absolutely boiling with a few fans dotted around the ceiling trying their best to ventilate the bus. I was pretty lucky as the seat I’d chosen had the fastest fan above it and whilst I was grateful it still was incredibly warm.

The sights, sounds and smells on the bus were so incredible and as it was just getting dark there was a small glow from the lights down the centre of the bus when we were travelling and then the bright lights came on when we stopped. We were definitely the attraction of the day for these locals and many smiled and nodded and it was a beautiful introduction to a new country.

Once we’d arrived at the Fort train station. The most central stop to where we needed to be, we took a tuk-tuk to our hotel and dropped our bags.

Where did we stay in Colombo

We stayed at C1 Colombo Fort which was a hostel/hotel and pretty new however it was perfect for one night. Even more if we had the time as it was clean and comfortable and was in a great location. Would recommend this hotel and definitely stay there again.

What did we do in Colombo

So only having only 1 night in Colombo, and arriving in the later afternoon, Chris had previously booked a table at a restaurant called Ministry of Crab as this was rated one of the top restaurants in Colombo and we wanted a celebratory meal to start our adventure but first we had a wander through the streets in the Hospital District and stopped at a couple of bars before we headed to the restaurant for our meal

The bars we chose were Taphouse RnR, a typical pub type atmosphere and great beer and Gin. Secondly we ventured to The Dutch Pub and managed to grab a couple of high chairs outside and were serenaded by a band playing Christmas tunes. There were loads of people out and about and it was a lovely happy, vibrant atmosphere.

The Ministry of Crab, oh boy did they know their crab. You ordered your crab by size and then selected how you wanted it cooked, there were several sauces to choose from and it all looked and smelled delicious.  The restaurant provided you with a bib and all the tools you needed to attack your crab. It was delicious. I had the curry sauce and Chris had the chilli sauce and both were outstanding. As our reservation was quite late in the evening they had run out of much of the smaller crabs so we were left with something a bit bigger than we would have normally chosen. It was excellent though and a fantastic first impression of Sri Lanka.

Colombo was really just a stopover point, the place our flight flew in to. Having said that there’s no point wasting the evening. We found some great restaurants and bars after all it was the first night of our trip. We would definitely recommend using public transport, it’s very cheap easy to use and a fun way of getting around. The bus from the airport was an adventure all on it’s own. 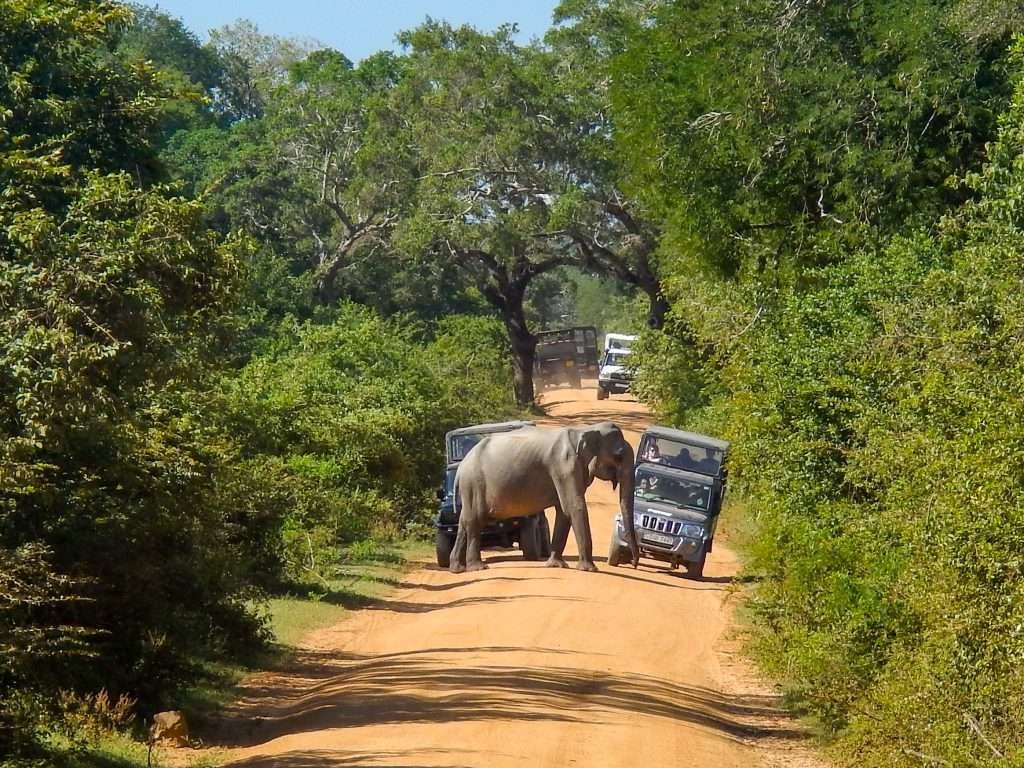 A Sri Lankan Safari in Yala National Park
After spending Christmas and New Year in Unawatuna on our Sri Lankan Adventure we had 4/5 days at the end of our trip where we hadn’t planned anything in particular. 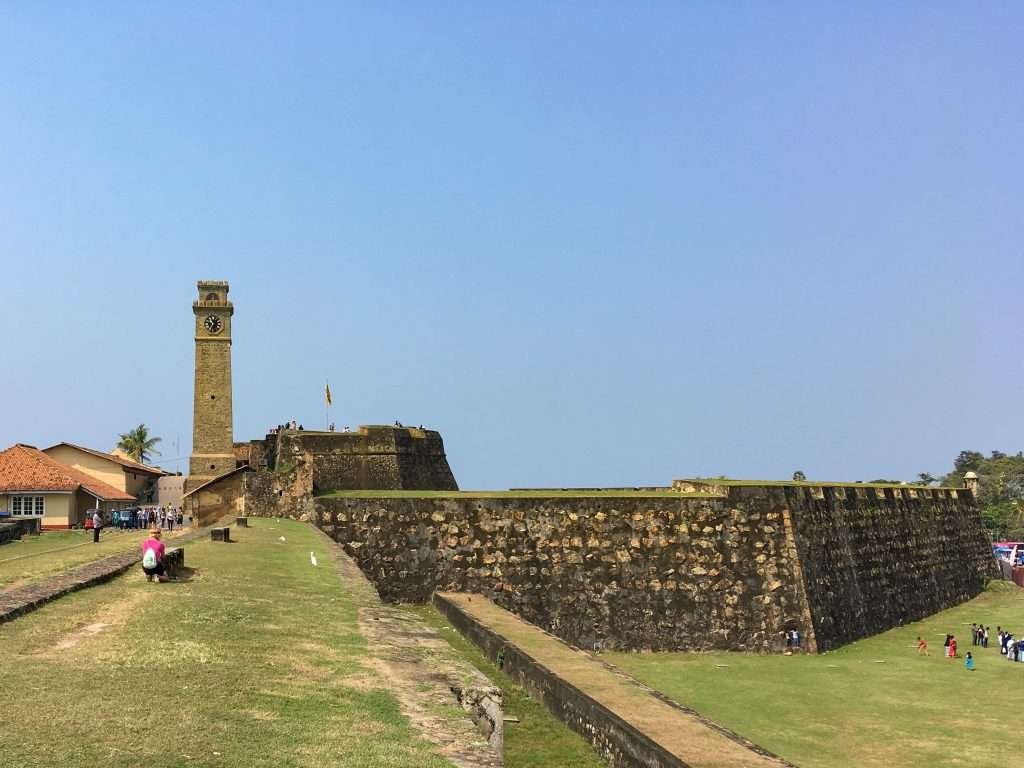 Exploring Galle, Sri Lanka
One of the things we love to do when visiting a new city is to see as much of it as we can with the time allowed.   I don’t know about anyone else but I hate to miss anything. 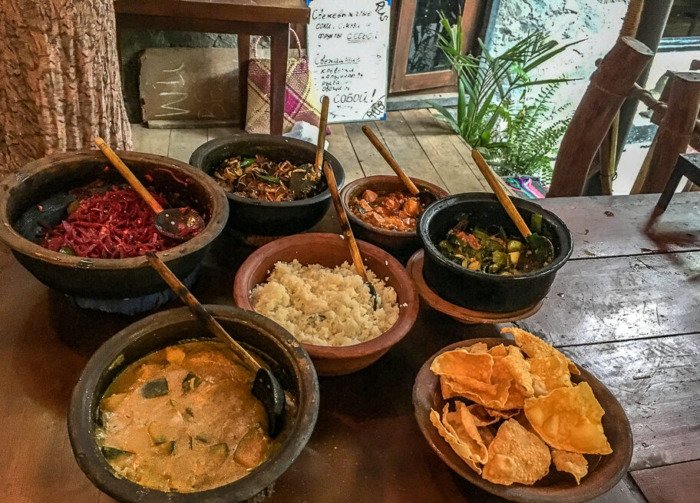 How to cook a traditional Sri Lankan Curry | Cooking Class

We found a cooking class.
Any travelling experience for us tends to involve food and when we landed in Unawatuna in December 2018 we were delighted to find that one of the restaurants we visited did cooking classes.